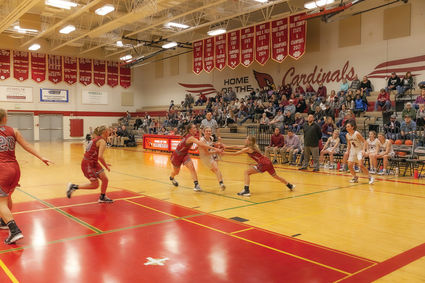 MEDICAL LAKE — The high school girls basketball squad kicked off the season with a trio of non-league losses as they work to bring their younger players up from the JV squads to the more physical and competitive varsity level.

The Lady Cardinals fell 37-44 in their first game of the season against Davenport on Tuesday, Dec. 3, on the Cardinal hardwood.

Medical Lake took an initial 15-9 lead in the first quarter until the Gorillas settled down and went on to out-score them by 13 points in the second and third quarters.

Both teams shot 11 points each in the fourth...