Massive pile-up blocking both lanes I-90 near Geiger exit 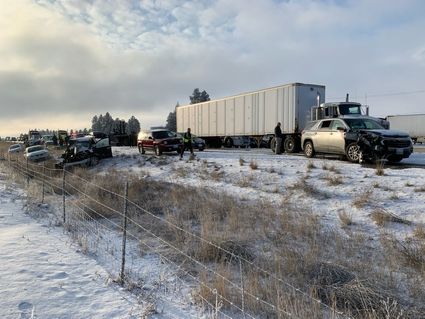 Several photos of the multi-vehicle collision taking place on Interstate 90. Over 40 vehicles are involved.

GEIGER HEIGHTS -- Update at 5:19 p.m. State Patrol officials are reporting that both westbound lanes of Interstate 90 are now clear, along with one lane of eastbound traffic. The eastbound right lane is still closed, and "very significant backups" remain in both directions.

GEIGER HEIGHTS -- Update at 2:50 p.m. The State Patrol is now unofficially estimating that up to 40 vehicles are involved in this collision, many separate, multiple-vehicle accidents. Several semis are also involved, as is reportedly a Spokane Transit Authority bus in the eastbound lanes.

Also a warm up shelter has been established at the Shriner's Event Center just off exit 276 on the east side.

GEIGER HEIGHTS -- A heavy and sudden snow squall has resulted in a large pileup blocking both east and west bound lanes of Interstate 90 near the Geiger Boulevard exit 276.

Officials have reported via scanner that approximately 20 vehicles are involved, including several semi-trucks, and AMR units are en route. The incident is one mile west of Spokane near the top of Sunset Hill, and reportedly stretches for approximately a half mile.

Traffic is backed up heavily in both directions. Drivers are advised to be cautious and aware of very icy conditions in the area. 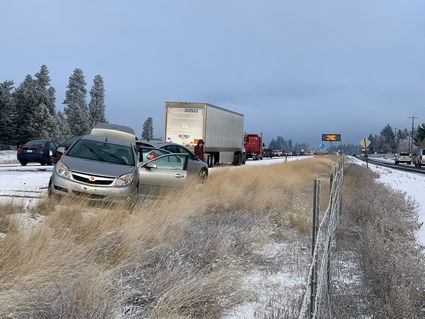