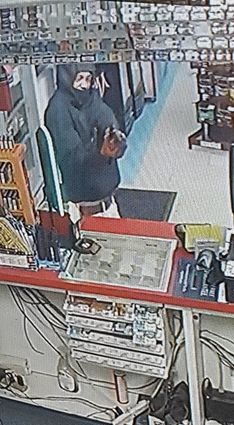 CHENEY – Police are still looking for one, possible two males who held up the Exxon service station at 630 W. 1st St. on Wednesday evening, Nov. 6.

Police spokesman Sgt. Nate Conley said the department received a panic alarm through the service station's alarm company at 7:18 p.m., and as officers were en route a 911 call from the clerk on duty. The suspect had fled the scene by the time officers arrived and established a perimeter, and a subsequent search with a Spokane County Sheriff's Office K-9 unit proved unsuccessful. 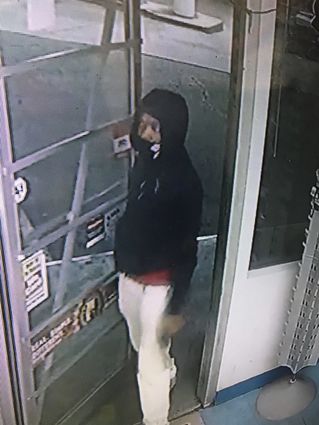 Video of the event showed a man in a red shirt paying for an item and then leaving the store, followed 30-45 seconds later by a second man who entered, pointed a semi-automatic weapon at the clerk and demanded the contents of the cash register's till. The clerk gave the man the money, who then fled the store. No exterior video was available.

"He probably got into a car, but we don't know that," Conley said.

Police released a description of the suspect, describing him as a black male, approximately 5 feet, 10 inches – 6 feet tall with a thin build. He was wearing a black hoodie with a bandana that partially obscured his face, white pants with tan boots/shoes.

Conley said the incident is under investigation and officers have not established yet whether the assailant and the individual who left the store prior are related.