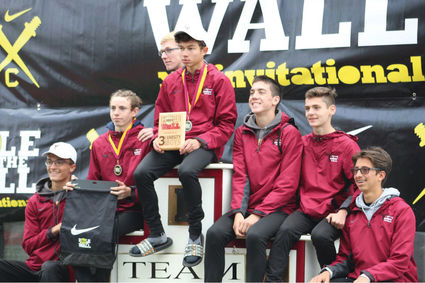 MEDICAL LAKE – The Cardinal cross country boys crew remains the team to beat in the Northeast A League as they stayed the top-ranked team in the state 1A weekly coach’s poll after decisive victories in both a league match and a strong showing at a cross-state invitational.

The Cardinals continued their league juggernaut when took their A game to Newport last Wednesday, Oct. 9, winning both varsity divisions against the Grizzlies by wide margins.

The boys’ varsity left the opposition eating their dust, 15-48, while the girls’ varsity won, going away 21-40.

It was a seasonal affair a...