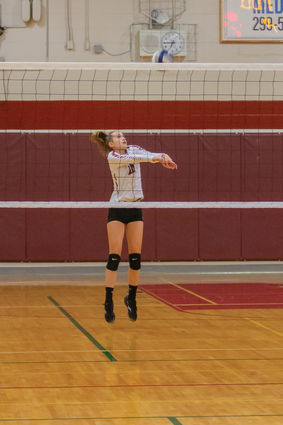 Halfway through the season and the news is less then mixed for the Medical Lake volleyball team, but it’s not all doom — although they lost their last three matches, they at least won one set.

Currently sitting at the bottom of the standings at 0-5 in Northeast A league and 1-7 overall, the young, inexperienced team still has work to do.

“We are fighting the battle of finding out who we really are as a team,” head coach Todd Harr said. “We have had some great battles, but we have had some tough losses as well.”

The Cards played three matches between Tuesday, Sept. 24, when the...