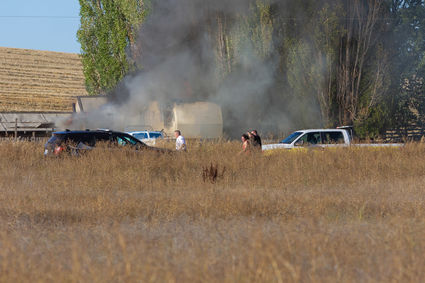 The owner of a trailer was awakened in the worst possible way on Thursday, Sept. 19, when the travel trailer caught fire while she was napping.

They then received a shock when what sounded like ammunition began cooking-off in the fire. The noise was later determined to be fireworks.