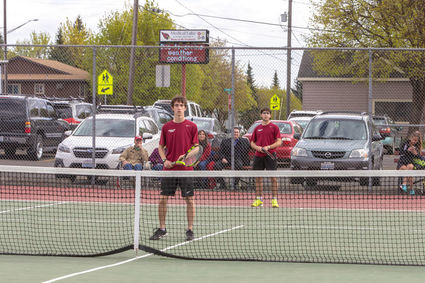 The pressure is increasing on the Washington Interscholastic Activities Association to accommodate high school athletes who have a religious prohibition against competing on the Sabbath.

A lawsuit filed last month by two star Chehalis High School tennis players and Seventh Day Adventists alleges religious discrimination by the WIAA because the organization scheduled post-season competition to include Saturday without making an exception for keepers of the Sabbath.

The lawsuit — a portion of which has since been withdrawn — contended that a WIAA requirement that post-season athletes representing member schools must certify they will play in each level of post-season competition, which effectively barred Saturday Sabbath observers from championship play if one day of multi-day competition is scheduled on a Saturday.

While WIAA rules included exemptions for “injury, illness, or unforeseen events” that allowed athletes to withdraw without penalty, religious exemptions were not included.

When one of the Chehalis players, Joelle Chung, asked the WIAA to make an accommodation to allow her to compete in post-season play with the exception of Saturday, the WIAA refused.

So the Chung’s sued.

Their lawsuit argued that the existing exemptions had the same effect on competition as a withdrawal for religious reasons, and that excluding religion from the list was discriminatory against a religious minority, according to language in the lawsuit.

The WIAA subsequently amended its list of post-season play exemptions to include “religious observance” as a result of the lawsuit, which was then withdrawn.

But the suit may be just the opening salvo in a larger battle.

In a press release, the plaintiff’s attorney, the Becket Fund for Religious Liberty, called the change in the WIAA rules only a partial victory, as other religious discrimination issues remain unresolved.

Specifically, while the WIAA rule change allows Sabbath observers to play by exemption, if competition is scheduled on the Sabbath those players are still not able to compete at the same level as other players because they cannot play on the Sabbath.

That too is religious discrimination, Becket claims.

In a May 23 Cheney Free Story, Sherry Kenady, mother of Medical Lake High School tennis standouts Kurtis and Bradley Kenady, contended the WIAA should simply stop scheduling post-season play on Saturdays altogether, thus allowing Sabbath followers to play in championship competition without missing a day of post-season play due to the Sabbath.

There is precedent for such an accommodation. In 2017, the WIAA made a playoff schedule adjustment for a state volleyball tournament, moving state 1B and 2B volleyball tournaments from Friday-Saturday to Thursday-Friday “upon the recommendation from legal council,” according to the WIAA website.

“We will continue fighting for a solution that will ensure that Sabbath observers can compete all the way through championships on the same terms as all other student-athletes,” the Beckett press release said.

According to a 2017 Gallup Poll, Washington state is tied with Alaska and Hawaii as the seventh least-religious state in the U.S. Oregon is the sixth least religious, followed by Nevada at number five. At the bottom of the list in descending order are the New England states of Massachusetts, New Hampshire, Maine and Vermont.