Eagles face Huskies for the third time in history 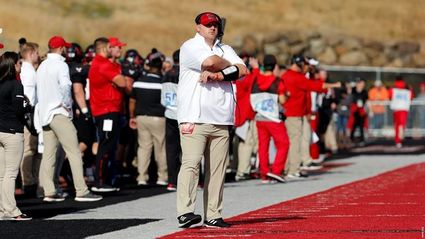 EWU head football coach Aaron Best and his 2109 Eagles football squad will be taking on the University of Washington Huskies in "adverse conditions" at noon on Saturday in Seattle.

For a series that was non-existent prior to 2011, the Eagles and Huskies have sure had their share of drama, according to an Eastern Washington University press release.

The EWU football team opens its 2019 schedule this Saturday at noon when they play the PAC-12 Huskies at Alaska Airlines Field at Husky Stadium in Seattle. Kickoff is at noon.

The Eagles will enter the game ranked fourth in the STATS preseason top 25 poll for the NCAA Football Championship Subdivision, and third in the American Football Coaches Association poll.

The Huskies, meanwhile, were ranked 13th in the Associated Pr...