Zoning requests come from developers, desire to be less reactionary 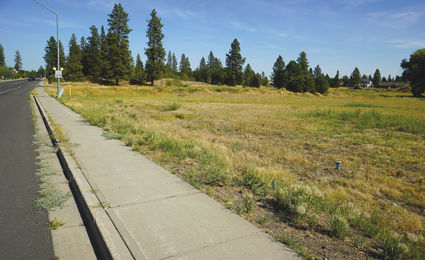 Cheney’s Planning Department is proposing changes to a chapter of its zoning code governing residential developments while also amending that same chapter to deal with the potential of cottage-style housing being built in the city.

The first proposal would increase the lot size in R-1 (single family) and R-2 (duplexes) residential zones while allowing a limited amount of commercial use in the R-3 and R-3H multifamily and multifamily/high density zones. Maximum sizes of lots in R-1 would go from 9,000 to 11,000 square feet while maximums for R-2 lots would increase from 7,000 to 10,000 square feet.

Cheney senior planner Brett Lucas said the reason for the increase in lot sizes stems from a request by developer Gordon Finch, who has expressed a desire to build homes on land north and east of the Cheney Care Center. Lucas said Finch wants the larger lot sizes to accommodate construction of higher-end homes with features such as larger garages.

The request for changes to allow limited commercial in multifamily zoning comes from the developers of the Parkside Commons student housing complex, under construction on North 8th Street across from Hagelin Park and the city’s municipal pool. Developers Eastmark Capital Group and Greenstone believe the location is ideal for small businesses that sell items such as coffee and bagels to students, a usage Lucas said could also take place at other student-oriented housing such as Eagle Point, Salnave Glen and The Grove.

“They are the ones that have enough people in there to make it worthwhile,” Lucas said.

Also included in proposed changes is modifying parking standards under the R-2 codes. Currently those standards require one space per bedroom. Lucas said the changes would allow two spaces total for three-bedroom duplexes only if they fall within a proposed Senior Housing Overlay zone currently before the City Council.

The council approved a first reading of the ordinance establishing such a zone at its Aug. 13 meeting.

Adding a chapter section regulating cottage-style housing is more about the city trying to get ahead of development rather than waiting for something to happen and then using the moratorium process to deal with the issue, Lucas said. While cities such as Ellensburg, Bellingham and LaGrande, Ore. have seen some interest in the developments, also referred to as “Tiny Homes,” no formal request has been made in Cheney.

“We’ve had some people kicking the tires on it,” Lucas said. “We’re just trying to be proactive, not reactionary.”

The standards would apply to existing or potential detached dwelling units of 800 square feet or less and that aren’t accessory dwelling units, mobile homes or manufactured homes. Tiny homes would only be permitted in the R-2 and R-3 zones, would count as one-half a dwelling unit for density calculations and be built in a minimum of four units in a contiguous pattern so that each cottage’s lot boundary touches at least one other’s boundary.

Other requirements stipulate the homes be considered duplexes for the purpose of parking; have a minimum lot size of 800 and maximum of 2,000 square feet and accessory structures so long as those structures do not exceed 50 percent of the total square footage of the primary cottage.

Lucas said the main challenge to cottage-style housing developments has been financial, with banks reluctant to get behind such ventures when it comes to home ownership. Developers considering this type of housing might do so using a condominium-style approach.

Lucas said the codes for cottage-style housing are about 90 percent final, with some tweaking left to do. Whether they will be implemented is up to the Planning Commission and eventually the City Council.

“If they say no dice, we won’t go any further,” he added.

Public comments on both proposal applications can be made up to 5 p.m. on Aug. 29 by email at blucas@cityofcheney.org, or by mail to Lucas at Community Development Department, 112 Anderson Road, Cheney WA 99004.

The Planning Commission will hold a public hearing on the applications on Sept. 9 at 6 p.m. at City Hall Council Chambers.