Rain holds off for Bluegrass Festival 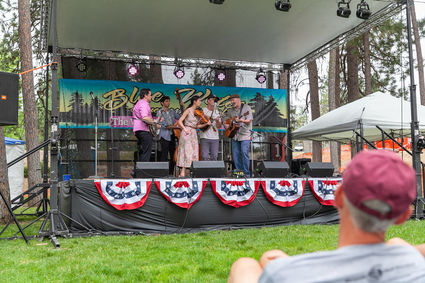 The crowd kicked back and relaxed to the music of Whiskey Deaf Saturday at the 18th annual Blue Water Bluegrass Festival at Medical Lake's Waterfront Park last weekend;

The 18th annual Blue Waters, Bluegrass Festival was another hit this year, although not as well-attended as previous years, something organizers blamed on a wet weather forecast that never materialized - at least in Medical Lake's Waterfront Park.

"We literally had no rain," festival president Nick Burgis said. "There was one instance when I had to cover some equipment for a minute."

Rain in Spokane was at times a deluge, but despite being surrounded by heavy clouds, the festival stayed dry all weekend.

Although festival organizers had yet to get a solid number of festival attendees for the...