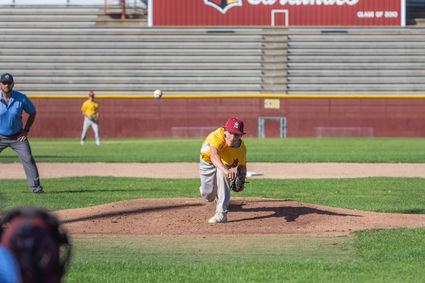 The American Legion AA Medical Lake Post 196 crew took on the Rogers Pirates on Friday, July 12, at home, getting a win and a loss in doubleheader action.

Jacob Edison started on the mound in game one, earning the 13-8 win, and going 2 for 2 at the bag with a triple and two RBIs.

Game two was a different story in a close game for Post 196, losing the bottom of the seventh inning 8-7.

“It was a back and forth battle where whomever had the last at-bat was going to win,” head coach Jefferson French said via text.