Cannons limp back from Whitefish tourney 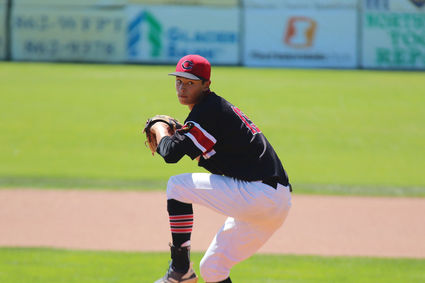 Nick Swenson prepares to burn one into the plate during the Whitefish tournament last weekend.

The American Legion AAA Spokane Cannons Senior crew traveled east to Whitefish, Mont. for the Whitefish Tournament last weekend, where they took an 0-4, slide in non-league action, including a 21-0 loss to the AA Elks on Friday.

Errors. It was their 10 errors that cost the Cannons in a 10-4 loss on Thursday, July 11, despite out-hitting the Twins 8-7. The Twins recorded no errors, going hitless until the fourth inning when they racked up seven runs, leaving the Spokane Seniors behind.