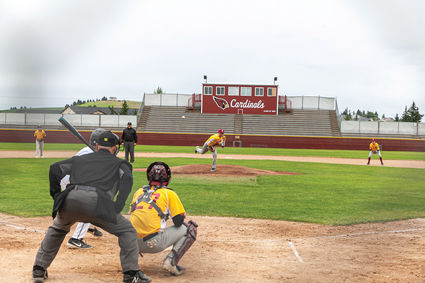 Tuesday, June 18 doubleheader on the road was a 5-4 game one loss to “a really solid Riverside,” according to head coach Jefferson French. Reardan’s Aiden Kieffer was on the mound. Davenport’s Garrett Mellick and Medical Lake’s Joe Griffey had a pair of hits each.

“We hit the ball well and didn’t let up”

But game one was just the warm-up for Post 196, who’s bats came alive with seven runs in the first inning...