And lose two in league play ahead of tourney 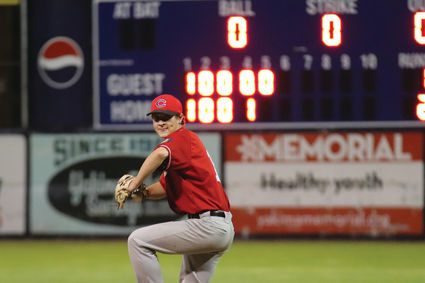 The Spokane American Legion Cannons senior ball club took on Shadle Park before heading to the Yakima Tournament in non-league action in the past week, where they managed to squeak out a single win.

The Tuesday, June 18, league doubleheader was a double whammy for the Cannons in a seven-inning 5-4 loss, followed by a 19-2 whipping in five innings in Medical Lake.

“We weren’t able to get runners in,” head coach Austin Sharp said.

Shadle Park came out swinging in the second game, going into the top of the third with a 7-0 lead.