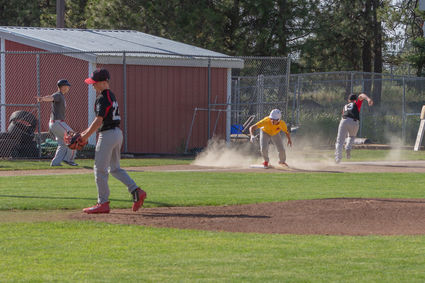 The Medical Lake American Legion AA Post 196 baseball squad went into a doubleheader against Riverside on the road on Tuesday with a two-game wining streak as of press time, pounding Cheney13-3 in game one of a doubleheader, and 5-4 in game two on Thursday, June 13.

Head coach Jefferson French called his boys, who are making the next step from school ball, a “come-from-behind team.”

“We’re scrappy team. You can’t count us out — we keep competing,” French said during a telephone interview Tuesday....