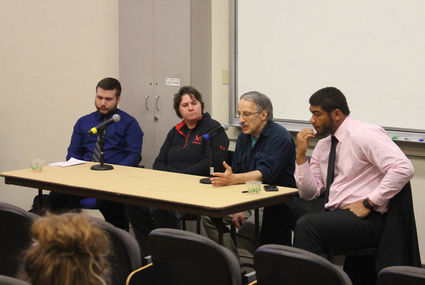 The Easterner and Associated Students of Eastern Washington University held a discussion panel called “Media and Politics” on May 16 to focus on the relationship between the media and the government in America. The four panelists who took part of the event were ASEWU President Dante Tyler, The Easterner Editor-in-Chief and senior Michael Brock, Spokane Public Radio news director Doug Nadvornick and civil rights investigator Sharon Schnebly.

According to Brock, the relationship between the media and the government isn’t the strongest nationally with President Donald Trump, who has call...