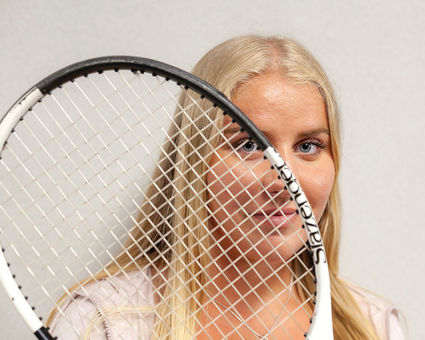 One of the things that surprised the 15 year old exchange student from Brüggen, Germany, was school sports and the spirit that goes along with it. Terporten played volleyball, basketball and tennis this year.

In the fall of 2017, one of Lina Terporten's teachers asked her if she would be interested in applying for a scholarship to be an exchange student. He didn't ask her in English, however, but in Terporten's native German.

That conversation set in motion months of preparation, testing, and interviews - in English and German - that eventually led to Terporten being awarded the scholarship from the German Bundestag, or Congress, in January of 2018.

She had her doubts at first.

"My life in Germany is nice," she recalled thinking, and how much she might miss her life...