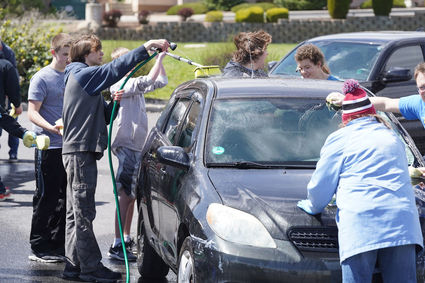 Four Cheney and Medical Lake organizations helped NAPA Auto Parts set what appears to be an unofficial world record for the most cars washed in an eight-hour span on April 27.

When NAPA Auto Parts vowed they would break a world record, they certainly did not disappoint as they met their own expectations.

NAPA has unofficially broken the world record of the most cars washed nationally around the U.S. on April 27 in an eight-hour period with a pending total of 9,179, surpassing REPCO's previous record of 6,277 total cars washed in Australia. Four teams that helped in the carwash at the Cheney NAPA store were the Medical Lake Jr. ROTC, Medical Lake Team Circuit Breakers, Medical Lake Drama Class, and the Cheney Community Team Awana. Tony Blount, the founder of West...