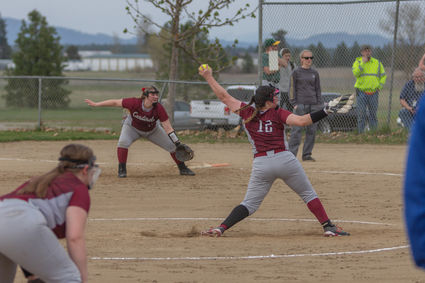 The Cardinal softball team made some headway in Northwest A League play as this year’s late-starting season moved ahead with strong wins in a doubleheader against Riverside, but two losses to Freeman and Coleville.

Medical Lake took on the fourth place Scotties (5-4, 9-4) on the road on April 16, losing ground quickly in a 12-2 loss that left their batting cold.

Freeman came out quick, outscoring the Cards 4-2 in the first inning — and kept on going at-will after that, scoring at least one run in each of the game’s five innings.

Maddie McDowell started in the...