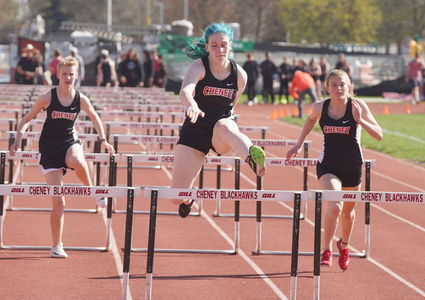 How do you know you’re having a good track and field season?

Breaking a 31-year-old school record previously set by a National Football League No. 1 pick might be an indication.

Cheney High School’s Jacob McGourin accomplished such a feat last Wednesday at home in a Great Northern League dual meet with Clarkston. The senior’s first-place discus throw of 188 feet, 11 inches not only garnered him a new personal record but also broke the school mark set in 1988 by former Blackhawk Steve Emtman.

In fact, McGourin’s toss shattered the former Washington Husky and No. 1 pick overall in the...