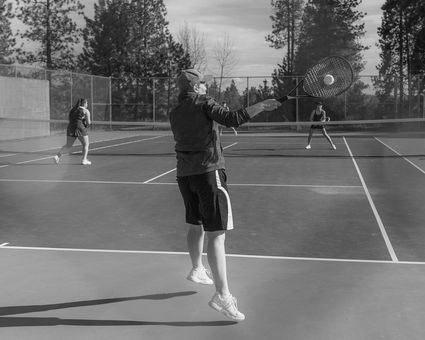 The Card girls brought up junior varsity players due to absences on the varsity squad to go 0-5 against the Grizzly girls on the road on April 10.

In doubles play, Sarah Ransom and Trinity Caputo lost 1-6, 2-6, while an Izzy Chicoine and Jenavieve Brandt combo weren’t able to win either of their sets, going 2-6, 0-6.

Stasia Hurt-Moran and Lina Terporten lost their doubles match in three sets in a “super tie-break,” according to Eliass...