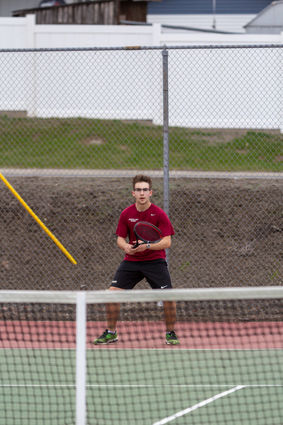 The Medical Lake boys tennis crew faced both Riverside and Freeman in Northeast A League matches on the Card’s home court last week.

As a team, the Card boys weren’t able to overcome Riverside in a 4-1 loss. In the only match win, doubles Eathan Brown and Kurtis Kenady “were on fire with impressive passing shots and energy out on the courts,” in doubles play, said coach Brian Tellez via email.

Kenady and Brown smoked their opponents 6-1, 6-3 on the red court.

In other doubles action, duo RJ Pucket and Cameron Dickey put up a good fight, but lost both t...