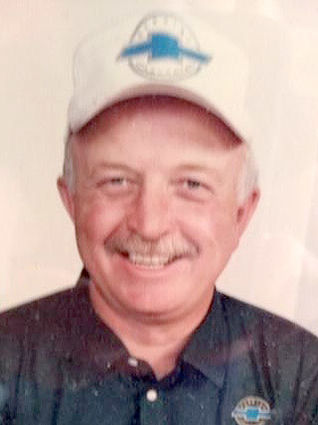 Leonard (Lenny) was born April 25, 1946 in Sheridan, Wyo. and passed away March 17, 2019 in Spokane, Wash. He lived in Sheridan until he was 12, then moved to Alliance, Neb. He graduated from high school there, then went to Chadron College in Chadron, Nebraska. He was the president of Alpha Phi Omega fraternity. He received a degree in marketing and economics.

Len worked as a pharmaceutical salesman, then in health and life insurance until he stopped at Myers Park Resort for a visit. A new tavern was starting up, D. J’s Tavern, where Len worked as a bartender for many years as well as a disco player, both of which he enjoyed. Len excelled at remembering faces, names and details of the customers and made many friends.

He was a great dancer, loved to play cards with friends, golf and couldn’t resist an auction for those good deals.

His next job was a car salesman at Anderberg Chevrolet. He had a talent for selling and it showed when he often was the top salesman of the month. He worked there for about 11 years, then started his own business, FHL Liquidators, on the main street in Cheney in 1997. He closed the store in 2018 due to poor health and was diagnosed with cancer shortly after.

Preceded in death are his father, Samuel Stuart Meredith, his mom, Loretta Blanch Clark, a sister, Carole Ann Meredith and a half-brother, Dennis E. Firth. He is survived by his sister, Laura Meredith Gonce Bertelsen and Marcie Meredith Serl Smith, both of Las Vegas, Nev. and many nieces and nephews.

Lenny had a great sense of humor and will be missed by his many friends.

There will be no funeral but you are encouraged to leave stories and memories on the Cheney Funeral Home website.

A Celebration of Life will held at the American Legion in Cheney at a later date to be announced.