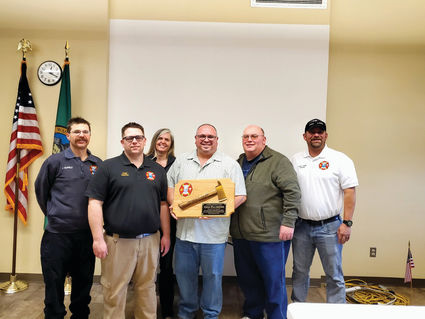 Palomino was chief for eight years, and served on the Medical Lake Fire Department for 16 years, from 1992 to his departure in 2008.