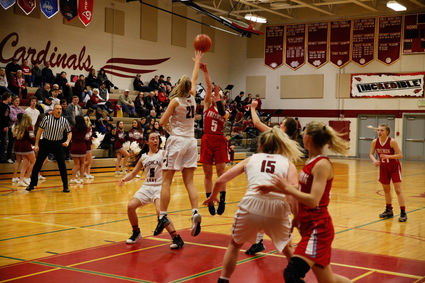 But the beginning of the game didn’t look like eminent victory. The Card girls took the first quarter to warm up, allowing the Knights to outscore them by three points, and going only 1 for 8 in 3-point shooting.

That was at least partially intentional. Lundberg said the Cards knew it was going to be a tough game going in.