Some new ideas on an ancient piece of equipment 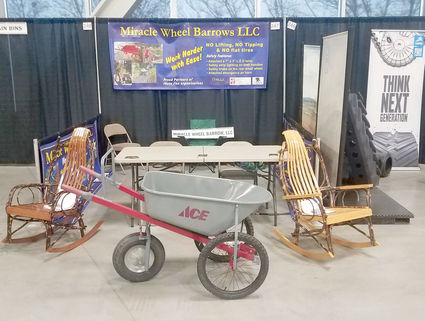 Bill Bresnahan and Kirby Killman's "Miracle Wheelbarrow" is pictured on display at the recent AgExpo in Spokane.

Bill Bresnahan knows a good idea when he sees one. Just as importantly, he also knows how to take someone else's discarded idea and make it better.

The Medical Lake resident saw such an opportunity a couple years ago when a man approached him for help with an idea to improve one of the oldest tools in the world - the wheelbarrow. Bresnahan said the man wanted to improve the stability of the yard and garden implement by adding a third wheel, and asked him for help with his idea.

The Philadelphia, Pa. SWAT team veteran, who had success with his idea to essentially redevelop the Adirondack cha...