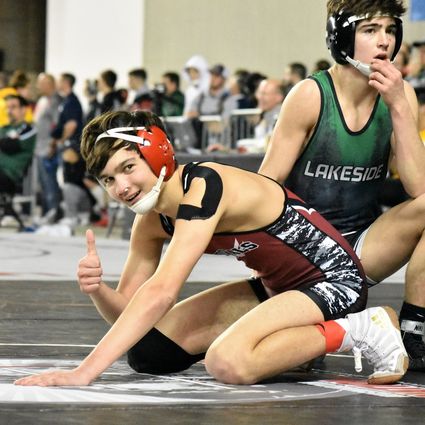 The Medical Lake wrestling squad closed out an impressive season last weekend at the Matt Classic XXXI at the Tacoma Dome, taking 13 wrestlers to the state championship tournament.

Weston Thomas in the 120-pound weight class beat two wrestlers before falling to Royal's Dominic Martinez in a 1:33 minute takedown. In the consolation round he defeated two more wrestlers before being eliminated by Mount Baker's Jake Anderson for a fourth-place finish.

Aden Carl in the 113-weight class beat two opponents before suffering back-to-back losses. In the consolation round he suffered two more defeats...