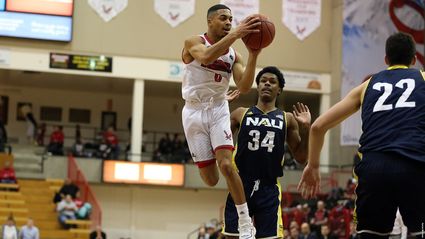 The Eastern Washington University men's basketball team is looking for a little more road magic to go along with its sudden gold rush of victories.

Eastern tries to maintain – if not improve – upon its fourth-place position in the Big Sky Conference standings when the Eagles travel to Montana State (Feb. 7) and Montana (Feb. 9) as the second half of the league schedule begins. Both games begin at 6:05 p.m. Pacific time.

All Eastern games are carried live via radio on 700-AM ESPN and 105.3-FM in the Spokane/Cheney area, with Larry Weir calling the play-by-play. Broadcasts begin a half-...