Cardinal pride on the line in Deer Park victory 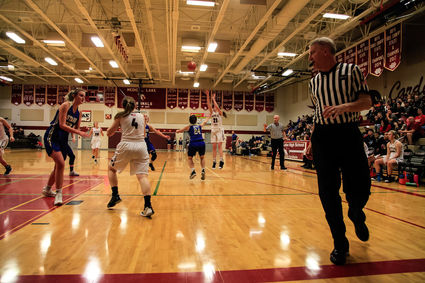 The Medical Lake girls basketball squad took it right to Deer Park (7-4, 14-5) in a slap-down 58-38 win in front of the Stag home crowd Friday night at Deer Park High School. Their Cardinal pride was on the line, according to head coach Kyle Lundberg.

“After losing at home to them, which resulted in our first league loss in 32 league games, they wanted to prove that it was just a fluke that they lost the last time,” Lundberg said.

And prove it was a fluke they did.

The Cards Lexie Redell and Allison Duncan each sank 16 points to lead the squad to a victory in which Medical Lake dominat...