They got him - Campbell named Officer of the Year

McCall, Idaho native receives honor for the first time after 12 years on the Cheney force 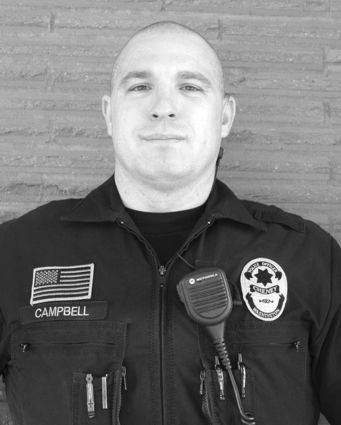 File photo Cheney police Officer Zeb Campbell was named 2018's Officer of the Year. It's the first time he has received the award in his 12 years of service with the department.

Overall, Cheney police Officer Zeb Campbell thinks 2018 was a pretty quiet year. That might be a comparative statement for the veteran who came on the force in 2006 and was named Officer of the Year in 2018 by his peers.

"Zeb routinely leads the department in activity, and he has demonstrated time and again an uncanny ability to spot suspicious activity and to take appropriate action," Cheney Police Chief John Hensley said in an email.

Campbell - no relation to Cheney police Capt. Rick Campbell - joined the Cheney department after serving almost a year with the Eastern Washington University...