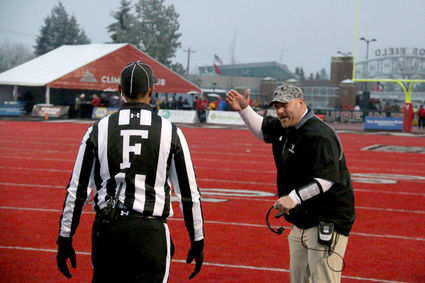 Two head football coaches in their second year on the job share the honor as the Big Sky Conference’s Coach-of-the-Year.

Eastern Washington’s Aaron Best and California-Davis’ Dan Hawkins were so honored Dec. 21 following votes of their fellow coaches in the league.

Both Best and Hawkins guided their teams to an overall mark of 9-2 and 7-1 mark in the Big Sky to share the league title with Weber State. In two years at the helm, Best has compiled a 16-6 record overall and 13-3 mark in the league.

Best has guided Eastern to a No. 3 seed in the NCAA Football Championship Subdivision playo...