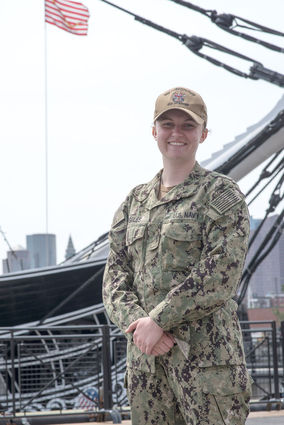 Seaman Taylor Ruggles, a gunner's mate, serves aboard the 220-year-old Boston-based ship named by President George Washington to honor the Constitution of the United States of America. Famously known as "Old Ironsides," the Constitution is a wooden-hulled three-masted heavy frigate that originally launched in 1797.

"I had a lot of interaction...