By STAFF AND NEWS SERVICE REPORTS

EWU soccer off to perfect start 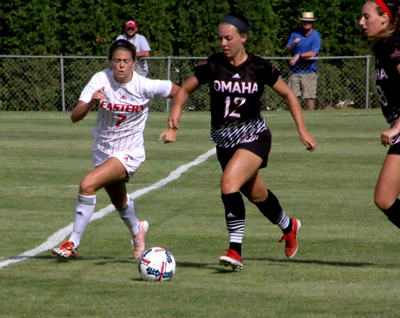 Eastern Washington's Delaney Romero defends against Omaha in Friday's season opening match for the Eagles, which they won 5-1.

Against Omaha, five different players scored, led by the goal and assist from Chloe Williams who opened scoring in the second minute. Saige Lyons made it 2-0 in the 22nd minute.

After the Mavericks Natalie Johnson scored in the 41st minute to close it to 2-1, the Eagle...